Unfinished and Unbroken: The Life of Artist Gilbert Wilson

Robert K. Elder is the Chief Digital Officer at the Bulletin of the Atomic Scientists, an award-winning author of 12 books and founder of Odd Hours Media. He also serves as a mentor at TechStars, 1871 Chicago and Northwestern University’s The Garage.

Elder is also the author or editor of several books, including 2018’s The Mixtape of My Life, a journal that guides users to write their autobiography through their music collection.

His 2016 book, Hidden Hemingway: Inside the Ernest Hemingway Archives of Oak Park, won a Gold Medal at the Independent Publisher Book Awards.

Pulitzer-winner Studs Terkel calls Elder “a journalist in the noblest tradition” in his introduction to Elder’s book, Last Words of the Executed.

Author Scott Turow (Presumed Innocent) called Hidden Hemingway, “An invaluable book for anyone interested in Hemingway or the development of a major creative mind” and Garrison Keillor lauded the work, writing: “…it’s a privilege to look through [Hemingway’s] closet and read his stuff and discover him as a mortal man.”

Elder’s 2013 book, The Best Film You’ve Never Seen, was championed by film critic Roger Ebert, who wrote: “How necessary this book is! And how well-judged and written! Some of the best films ever made, as Elder proves, are lamentably all but unknown.”

Praise for Elder’s 2011 book The Film That Changed My Life came from the Chicago Tribune’s Michael Phillips, who called the book, “A great and provocative read…it’s addictive.” Film critic Leonard Maltin also said, “You’ll have a hard time putting this book down.”

Elder’s work has appeared in The New York Times, The Paris Review, MSNBC.com, The Los Angeles Times, The Boston Globe, Salon.com, The Oregonian and many other publications. For more than a decade, he served as a staff writer at the Chicago Tribune and from 2010 to 2012, he worked as a regional editor for the AOL Huffington Post Media Group’s hyperlocal news initiative, Patch.com. In 2012, Elder served as the founding managing editor of DNAinfo Chicago before joining the Chicago Sun-Times in 2013.

In June of 2013, he was named editor-in-chief of Sun-Times Media Local, overseeing 36 suburban Chicago publications, including: Aurora Beacon News, the Naperville Sun, the Elgin Courier News, the Lake County News-Sun and the 32 weeklies of the Pioneer Press group. In 2014, he was named Vice President of Digital Content, founding a guest editor program featuring people such as Smashing Pumpkins founder Billy Corgan, comedian Bert Kreischer and astronaut Jim Lovell. Elder also started a podcast network at the Sun-Times, hosting “The Big Questions,” one of four initial shows.

In 2018, he was named President and Publisher of Blockchain News, an independent daily resource for information and commentary about blockchain technology, crypto assets and digital currency platforms such as Bitcoin and Ethereum.  That same year, he became a founding partner at Token.Agency, a consulting firm focused on emerging technology and blockchain projects.

In late 2019, Elder joined the Bulletin of the Atomic Scientists as its Chief Digital Officer. The Bulletin is the nonprofit behind the iconic Doomsday Clock. Contributors to the Bulletin have included Albert Einstein, J. Robert Oppenheimer, Bertrand Russell and other cultural luminaries. The Bulletin focuses on three main areas: nuclear risk, climate change, and disruptive technologies. What connects these topics is a driving belief that because humans created them, we can control them.

Elder is also the editor of John Woo: Interviews, the first authoritative chronicle of the filmmaker’s life, legacy and career. He has also contributed to books on poker, comic books and film design. A former member of the Chicago Film Critics Association and film reviewer for the Chicago Tribune, Elder has taught film classes at Facets Film School.

He serves on the boards of the Society of Professional Journalists' Headline Club and the Chicago Writers Conference. Elder is a member of the Hemingway Society, the Melville Society and the American Historical Association.

He has taught journalism at Northwestern University’s Medill School and Columbia College Chicago.

A Montana native and graduate of the University of Oregon, Elder lives and writes in Chicagoland.

He has been known to carry a digital voice recorder.

Hat & Beard Press is celebrating Herman Melville's 200th birthday with a full-color edition of Moby-Dick, illustrated by the rediscovered art of Gilbert Wilson. Film director John Huston declared him "a brilliant artist and one of America's foremost painters." Pearl S. Buck sponsored an exhibition of his work in New York, and First Lady Eleanor Roosevelt wrote about his work in her newspaper column. Yet, for most of his life, artist Gilbert Brown Wilson (1907-1991) lived in relative obscurity, despite a critical splash in the 1930s. He sacrificed financial security for artistic freedom. An acolyte of Diego Rivera and an assistant to Rockwell Kent, Wilson became recognized for his gargantuan murals at Indiana State University and Antioch College, and for the controversy sparked by his "social realist" style. But Moby-Dick became Wilson's lifetime obsession, for which he produced more than 200 paintings and drawings, and helped inspire Huston's 1956 film adaptation starring Gregory Peck and Orson Welles. This large, coffee-table book will showcase never-before-published artwork, notes, and meditations on the novel--drawing from unprecedented access to Wilson's estate. The book will also provide a platform for the international art community to reassess and rediscover this remarkable man and his work. The edition pays homage to Melville's original text, while breathing new life into the story via Wilson's vibrant, timeless artwork. Critics have called Moby-Dick "the most ambitious book ever conceived by an American writer"--and Wilson's version will be the most ambitious illustrated edition of that book.

Unfinished and Unbroken: The Life of Artist Gilbert Wilson

Originally slated for publication in the 2000s, the project slipped into limbo when 1) Spann died while editing the book and 2) his chosen press changed its publishing model, leaving the book without a home. Spann's Unfinished and Unbroken: The Life of Artist Gilbert Wilson is an authoritative and expansive look at Wilson's life and art, edited by the careful and committed Robert K. Elder.

Title: The Everlasting Man I 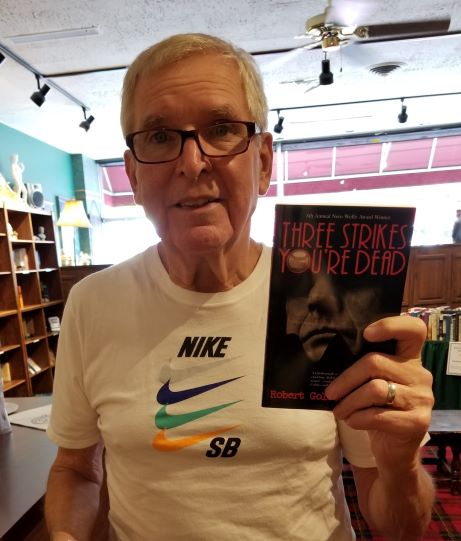 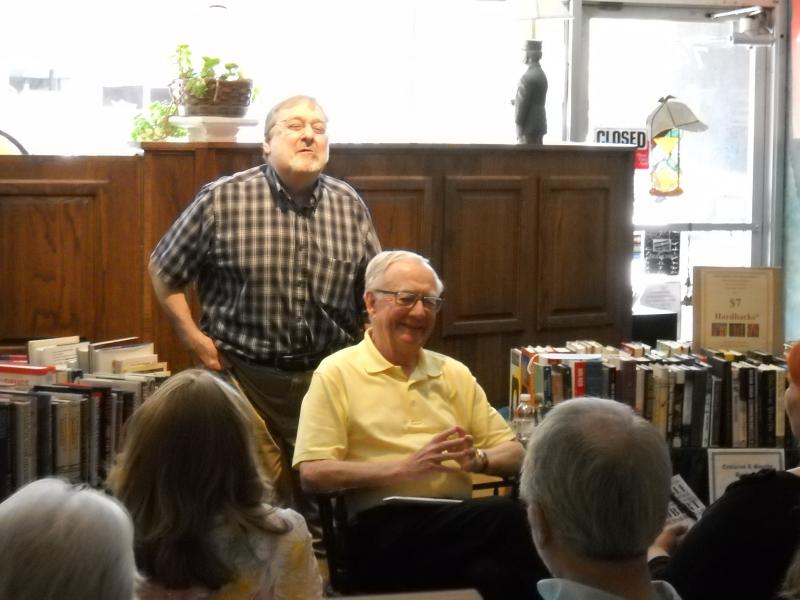 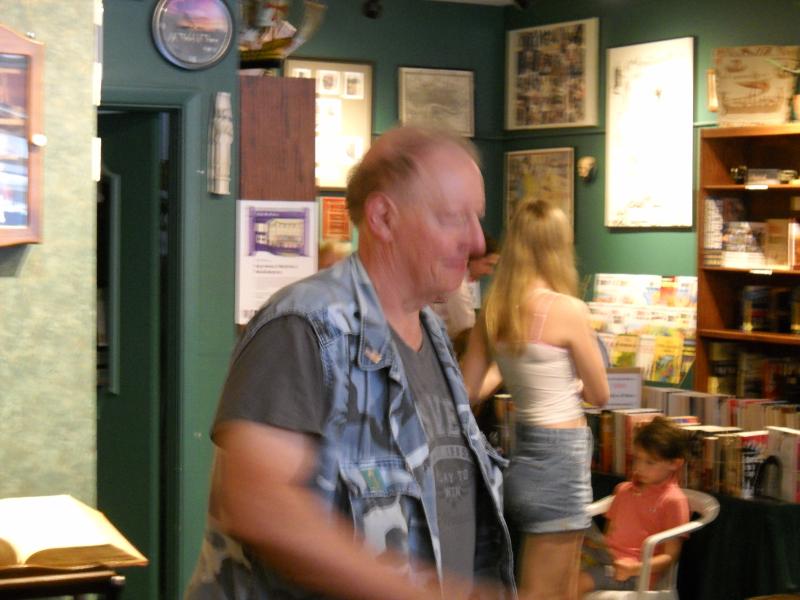 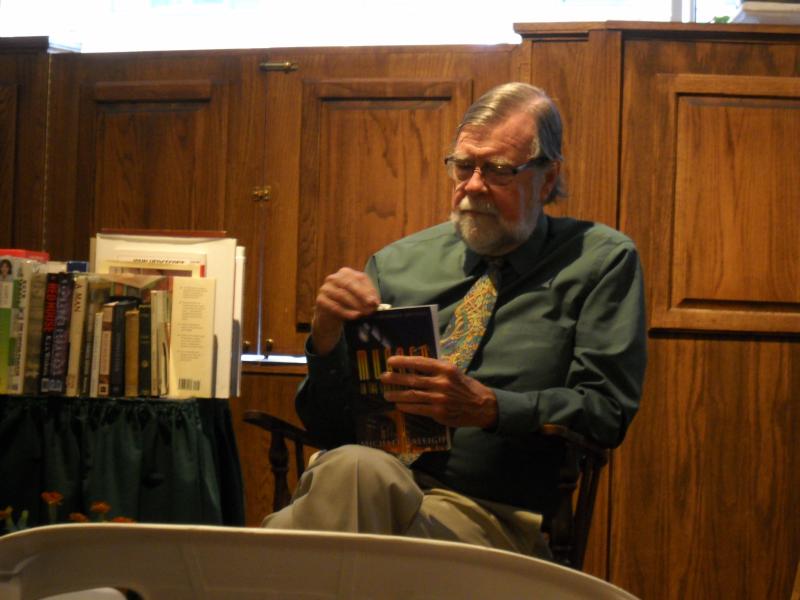 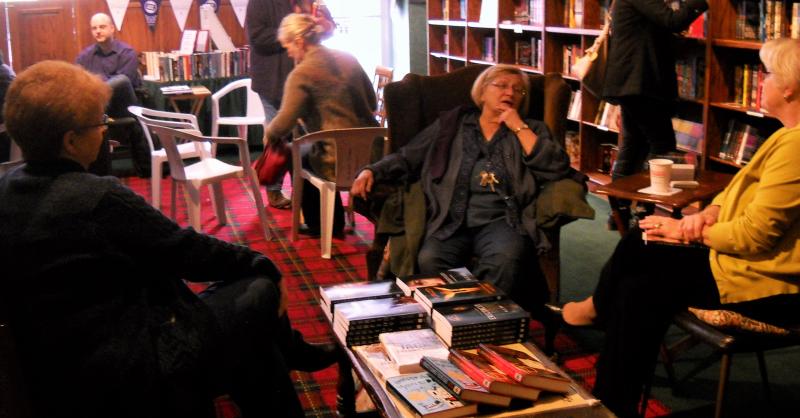 In the Castle of the Flynns by Michael Raleigh

Death at Greenway by Lori Rader-Day

Binc at 25: Meeting the Need

With the support of the organization, Shelf Awareness celebrates the 25th anniversary of the Book Industry Charitable (Binc) Foundation and all the amazing work it has done over a quarter century helping bookstores, booksellers, comic shops and comic shop staff, especially its heroic work during the pandemic.

Binc's Most Challenging Year Ever

First, on behalf of the book and comic industries, we must thank the Book Industry Charitable (Binc) Foundation for all it has done to help stores and store staff in need, especially since March 2020.

With the help of three volunteers, Binc created an online application to further ease the process. Other volunteers pitched in as well, and Binc essentially brought on anyone who had the skills French and her team knew they needed. They also relied on a public health emergency policy that Binc had formulated in the past. As a result of all this, Binc was able to send out the first checks to individual applicants on March 17. At this time, Binc was receiving a new request for assistance every 15 minutes, all day every day.

"It's humbling to know that what we have been working towards for the past eight years, all of the advocacy we did and conversations we had, it paid off," French says. "Folks found us when the need was highest."

(For a full account of how Binc responded in the first few months to the pandemic, see this Shelf Awareness article from May 2020.)