Winner of the 2016 Pulitzer Prize for History

From the winner of two Pulitzer Prizes and a National Book Award, a brilliant biography of Gen. George Armstrong Custer that radically changes our view of the man and his turbulent times.

In this magisterial biography, T. J. Stiles paints a portrait of Custer both deeply personal and sweeping in scope, proving how much of Custer’s legacy has been ignored. He demolishes Custer’s historical caricature, revealing a volatile, contradictory, intense person—capable yet insecure, intelligent yet bigoted, passionate yet self-destructive, a romantic individualist at odds with the institution of the military (he was court-martialed twice in six years).

The key to understanding Custer, Stiles writes, is keeping in mind that he lived on a frontier in time. In the Civil War, the West, and many areas overlooked in previous biographies, Custer helped to create modern America, but he could never adapt to it. He freed countless slaves yet rejected new civil rights laws. He proved his heroism but missed the dark reality of war for so many others. A talented combat leader, he struggled as a manager in the West.

He tried to make a fortune on Wall Street yet never connected with the new corporate economy. Native Americans fascinated him, but he could not see them as fully human. A popular writer, he remained apart from Ambrose Bierce, Mark Twain, and other rising intellectuals. During Custer’s lifetime, Americans saw their world remade. His admirers saw him as the embodiment of the nation’s gallant youth, of all that they were losing; his detractors despised him for resisting a more complex and promising future. Intimate, dramatic, and provocative, this biography captures the larger story of the changing nation in Custer’s tumultuous marriage to his highly educated wife, Libbie; their complicated relationship with Eliza Brown, the forceful black woman who ran their household; as well as his battles and expeditions. It casts surprising new light on a near-mythic American figure, a man both widely known and little understood.

T. J. STILES is the author of The First Tycoon: The Epic Life of Cornelius Vanderbilt, winner of the 2009 National Book Award in Nonfiction and the 2010 Pulitzer Prize in Biography, and Jesse James: Last Rebel of the Civil War. Custer's Trials: A Life on the Frontier of a New America was awarded the 2016 Pulitzer Prize in History. A member of the Society of American Historians and a former Guggenheim fellow, Stiles lives in Berkeley, California, with his wife and two children.

“If anyone could make a reader forget Custer’s last stand, at least for a few hundred pages at a time, it would be T.J. Stiles… Stiles is a serious and accomplished biographer, but he is more than that. He is a skilled writer, with the rare ability to take years of far-ranging research and boil it down until he has a story that is illuminating and, at its best, captivating.” —The New York Times Book Review

“Epic, ambitious… [Stiles] scrupulously avoids caricature… Stiles’s accomplishment is to show that, within the context of Custer’s life, the Battle of Little Bighorn really was an epilogue.” —The Wall Street Journal

“[This] sympathetic biography attempts to demythologize and reassess a complicated figure… Stiles captures his subject with verve.” —The New Yorker

“In this deft portrait, Stiles restores Custer as a three-dimensional figure… [Stiles’s] prodigious knowledge of 19th-century institutions is on display throughout Custer’s Trials. He is able to situate Custer in the shifting culture of the Civil War and its aftermath in a way no other biography has achieved… Stiles’s Custer is life-size.” —The Washington Post

“This energetic biography puts emphasis on the years in between Custer’s Civil War heroics and his infamous Last Stand. Stiles is neither sympathetic nor unsympathetic in his treatment of Custer’s profound need for attention.” —The St. Louis Post-Dispatch

“Riveting… [Stiles] has given us a different way to look at the flesh-and-blood man and his times.” —Minneapolis Star-Tribune

"Custer's Trials is exemplary in every way, replete with instances of detailed scholarship and compelling analysis, dense with psychological insight, and written in a tight, adroit style." —The Wichita Eagle

"Custer was the product of an America which changed more dramatically during his brief life than at any time in its history, except for the present sorry epoch, and Stiles, who can write, and also research, recounts how those times shaped him and, in the process, demolishes some of the Custer despisers’ (there are many, and I am one) most cherished myths.... Terrific." —Field & Stream

“Engaging… A teeming portrait of the birth of modern America—and a gripping account of Custer's role in it.” —San Jose Mercury News

“A nuanced, complex and convincing portrait of the man.” —San Francisco Chronicle

“T.J. Stiles portrays Custer in the context of his time, and the man who emerges is much more than merely a martyr or a fool…. [Stiles] goes furthest in exploring [Custer’s] contribution to Union victory during the Civil War and the difficulties he faced adjusting to the world that he helped to create.” —The Daily Beast

"[Stiles's] biography is thorough, engrossing and fair. Custer is seen as a man wearing many faces, some good, some not. The author has done a commendable job drawing out from other sources to write a balanced account of a misunderstood historical figure. A+ read." —San Francisco Book Review

“Spectacular… a satisfying portrait of a complex, controversial military man… Confidently presenting Custer in all his contradictions, Stiles examines the times to make sense of the man—and uses the man to shed light on the times.”  —Publishers Weekly *starred review*

"Stiles presents a much fuller picture of the tragic figure many of us know... Custer's Trials masterfully adds dimension to his life, helping us better understand the man behind the legend." —BookPage

"Stiles doesn’t disappoint with this powerful, provocative biography… A highly recommended modern biography that successfully illuminates the lives of Custer and his family as part of the changing patterns of American society." —Library Journal

"A warts-and-all portrait... Stiles digs deep to deliver genuine insight into a man who never adapted to modernity." —Kirkus Reviews

“T. J. Stiles has written a marvel of a book—the best life of Custer right up to the moment he marched the 7th Cavalry out of Fort Abraham Lincoln while the band played ‘The Girl I Left Behind,’ on their way to whip the Indians.” —Thomas Powers, author of The Killing of Crazy Horse

“This magnificent biography lifts the shroud of myth that has long hovered over Custer. Well-written, exhaustively researched, and full of fresh insights, it does a superb job of re-creating not only his life but even more the world in which he lived. Building on the work of previous writers, Stiles surpasses them all with his breadth of detail and depth of analysis.” —Maury Klein, author, Days of Defiance: Sumter, Secession, and the Coming of the Civil War

“T.J. Stiles has done it again. With this searching, memorable portrait of George Armstrong Custer, Stiles recaptures the complexities of a man whom posterity has been content to caricature. Until now, in this wonderful book.” —Jon Meacham, author of Destiny and Power: The American Odyssey of George H. W. Bush

“T. J. Stiles has written another splendid book. He portrays a real Custer, full of flaws but possessed of outstanding combat skills and leadership. This biography easily overshadows its many predecessors, offering new facts and interpretations as well as a wonderful read.” —Robert Utley, author of Cavalier in Buckskin: George Armstrong Custer and the Western Military Frontier

“Despite the numerous works on Custer, this thoroughly researched and riveting book is new.  It is the first to interpret him as a representative of his times.” —Shirley Leckie Reed, author of Elizabeth Bacon Custer and the Making of a Myth

“George A. Custer has proven an enduring metaphor for the American West, an ‘exaggerated American’ seen as flamboyant military hero, icon of national expansion, or doomed oppressor of Native Americans. More even than his compelling portrait of this central figure of American history, T. J. Stiles brilliantly examines Custer within transforming national events—civil war, slavery’s end, and economic and social modernization that privileged the powerful under guise of democratic triumph—proving yet again why he is this generation’s finest biographer.” —Christopher Phillips, author of The Rivers Ran Backward: The Civil War and the Remaking of the American Middle Border

"In this definitive reconsideration of an icon, Stiles reminds us why Custer remains such a fascinating fixture in our national consciousness: To understand Custer is to understand a significant sequence in the American DNA.” —Hampton Sides, author of Blood and Thunder and In the Kingdom of Ice

Title: The Secret of Father Brown 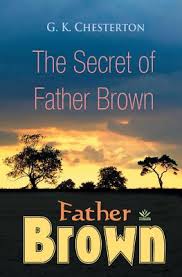 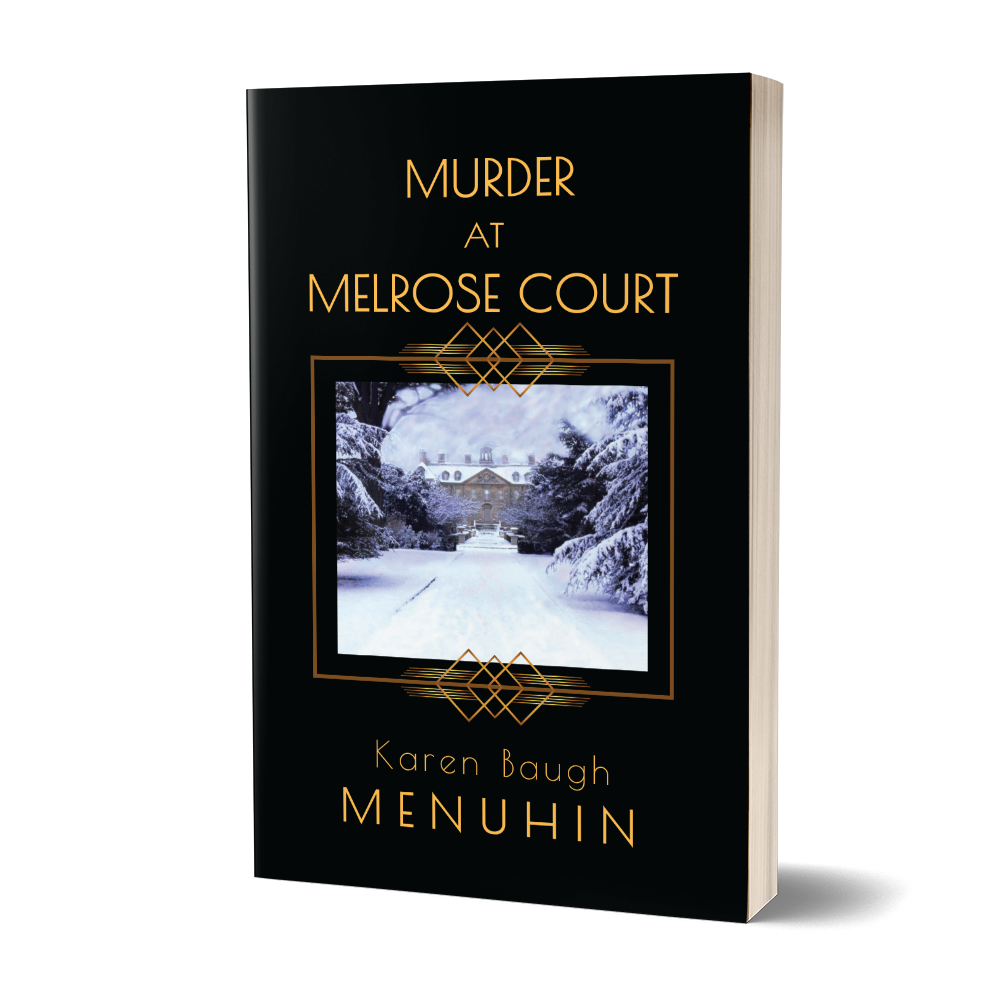 Title: The Churchill Complex: The Curse of Being Special, from Winston and FDR to Trump and Brexit. Welcome to 221B Baker Street, a replica, which will be on display in the window of Centuries and Sleuths

221B houses Sherlock Holmes & Dr. John Watson, (Mrs. Hudsonn may be out) On Sun., May 23  at 2 pm Mary Kay will discuss its history and features.

Binc at 25: Meeting the Need

With the support of the organization, Shelf Awareness celebrates the 25th anniversary of the Book Industry Charitable (Binc) Foundation and all the amazing work it has done over a quarter century helping bookstores, booksellers, comic shops and comic shop staff, especially its heroic work during the pandemic.

Binc's Most Challenging Year Ever

First, on behalf of the book and comic industries, we must thank the Book Industry Charitable (Binc) Foundation for all it has done to help stores and store staff in need, especially since March 2020.

With the help of three volunteers, Binc created an online application to further ease the process. Other volunteers pitched in as well, and Binc essentially brought on anyone who had the skills French and her team knew they needed. They also relied on a public health emergency policy that Binc had formulated in the past. As a result of all this, Binc was able to send out the first checks to individual applicants on March 17. At this time, Binc was receiving a new request for assistance every 15 minutes, all day every day.

"It's humbling to know that what we have been working towards for the past eight years, all of the advocacy we did and conversations we had, it paid off," French says. "Folks found us when the need was highest."

(For a full account of how Binc responded in the first few months to the pandemic, see this Shelf Awareness article from May 2020.)